Davos 2020: A Perspective on Progress, Problems and Promise

When I returned from my first visit to the World Economic Forum’s Annual Meeting in Davos in 2019, I found myself wondering if attending this conference was worthwhile for The B Team. It was impossible then, and now, to overlook the discourse around Davos and I entered the week unsure of our place there. Reflecting on my experience, it was clear we were near some tipping points on many of the causes we tackle, especially on climate, and that it was worth being in the room.

This year, many B Team Leaders, staff and I raised the same question. Ultimately we chose to show up as we can’t shape the world we live in unless we participate where those in power gather. I left Davos this year with a cautiously optimistic mindset. Being there proved an invaluable view into the progress, problems and promise on the path towards an inclusive economy.

Five years ago, The B Team arrived in Davos with a vision for a net-zero carbon economy by 2050. Our Leaders called on heads of state, private sector leaders and civil society to unite behind an ambitious climate agenda and answer the rallying cry of "1.5 to stay alive." At the time many considered this to be a formidable, if not impossible, ask. In 2020, this ask became the norm.

Over the years, we have worked hard with many partners on shifting norms and raising ambition on climate. We have reason to celebrate how climate is now squarely on both the formal and informal WEF agenda. B Team Leaders will continue to push for greater ambition and collaboration toward delivering a just transition to a net-zero economy—and getting halfway there by 2030.

Christiana Figueres, who successfully led the Paris Agreement negotiations in 2015 and our Vice-Chair and fearless labor leader, Sharan Burrow, relentlessly raised both their outrage and optimism for this mission while in Davos. Other B Team Leaders, including Mats Granryd, Director General of GSMA, and Andrew Liveris, Chairman Emeritus and former CEO of Dow Chemical joined them. Oliver Bäte, CEO of Allianz, boldly convened a growing group of asset owners who are aligning their investment portfolios with a net-zero by 2050 pathway. Marc Benioff, Founder, Chairman and Co-CEO of Salesforce, introduced the One Trillion Trees Initiative and invited governments, private sector and civil society to come together to regenerate our planet.

In true B Team spirit, Marc Benioff also confronted "business as usual" in Davos and declared capitalism, as we know it, dead. While his brave leadership is not yet mainstream, there were more conversations about putting purpose and stakeholder governance into practice than ever before. WEF‘s growing focus on stakeholder governance this year is both Benioff’s and a broader sentiment.

My sense is that many global business leaders know we need to change the way we lead and do business to be successful in the 21st century—shifting expectations in society are largely driving this. I frequently meet CEOs and board directors who are facing growing pressures from employees, customers, investors and even their own families—all of whom expect business to do what’s right for people and the planet. The decade ahead needs to be about measuring and valuing what matters and ultimately shifting our definition of success to include our impact on the environment and society. 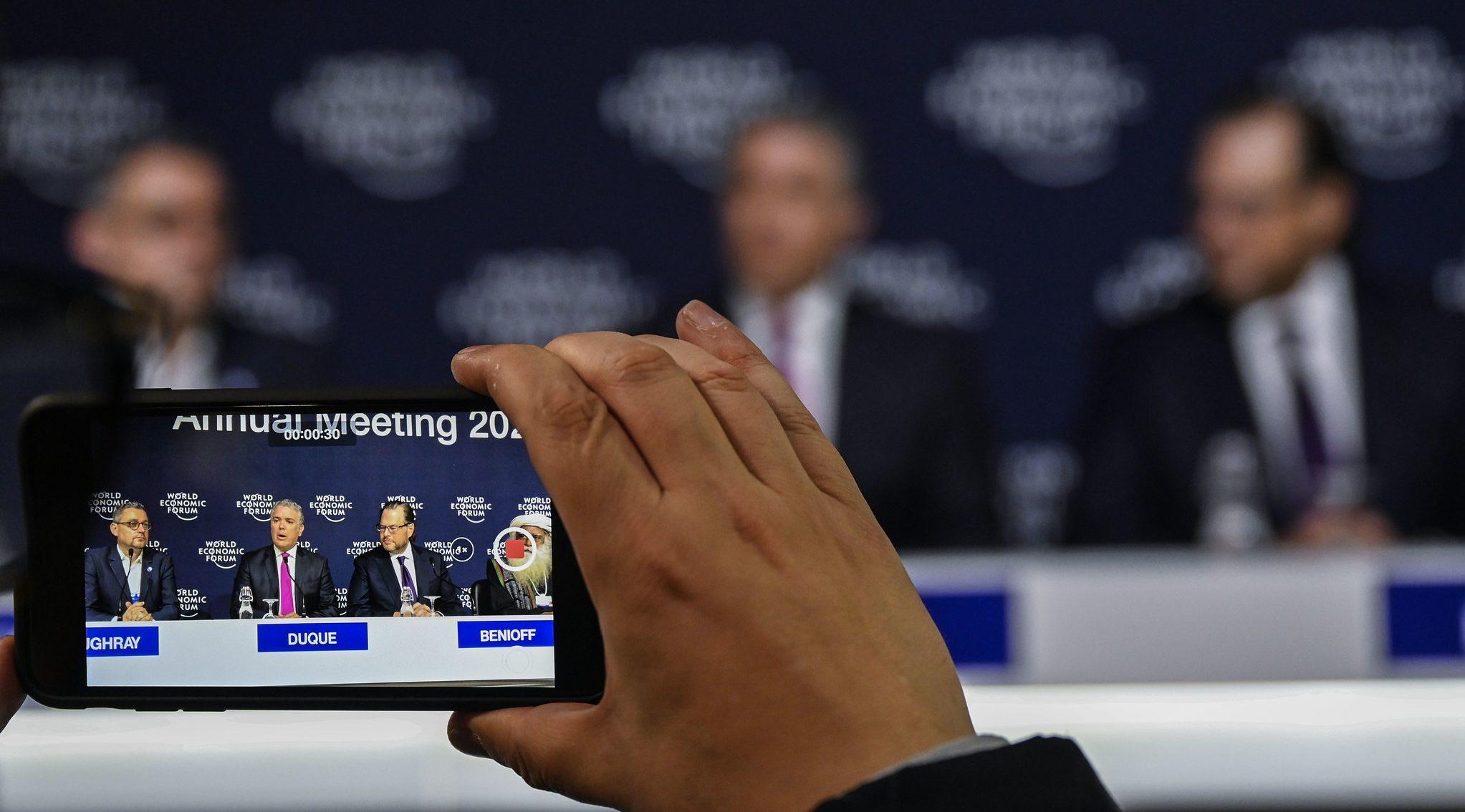 As global leaders arrived in Davos, Oxfam released its report, Time to Care, revealing that 22 men have more wealth than all the women in Africa combined. This startling fact, and many others, were top of mind as I addressed the Business Avengers, a group of companies allied to support the Global Goals. In all our hearts, we know our current level of inequality is not sustainable. Together, with Project Everyone, we are calling on business leaders to drive a decade of action toward delivering the sustainable development goals.

It is great to see how many companies are responding with real commitments and action, but I would be lying if I didn‘t admit I witnessed greenwashing, pinkwashing and purpose-washing in Davos. There is still too much hubris in leadership. Many leaders see Davos as an opportunity to show up to tell the rest of the world how great they are and what great things they are doing. This is neither good leadership, nor will it help rebuild trust in business. These times call for greater accountability in leadership. As our Chair Paul Polman says, "leaders are long on words and short on action."

If we want to change how we lead, we must also change who leads. One of my greatest disappointments in Davos is the lack of gender balance. This year women made up 24% of WEF attendees, which is an improvement from the 15% in 2014, but still not good enough. Disappointingly, it reflects the gender gap in leadership the world over and is a key reason for the crisis of conformity in today‘s leadership. All too often, I found myself and other colleagues the only female participants in many important conversations, from climate to digital technology to tax and witnessed too many manels.

As of 2019, only 11 women serve as Heads of State and only 24% of parliamentarians globally are women. Women hold fewer than 5% of CEO seats and nearly 17% of board seats globally. And did you know there has never been a female CEO on Wall Street? This is unacceptable. It prevents us from innovating to create the future we want and need. While WEF measures the global gender gap, it’s past time for it to take action on the gaps that persist in Davos.

Leaders are long on words and short on action."

Paul Polman, Chair, The B Team

As I left Davos, I found myself embracing the mindset Christiana Figueres models so well—stubborn optimism. Despite the low numbers of female attendees, I felt the presence of women who are increasingly making their voices and values heard. Some of my favorite conversations took place in rooms full of women unapologetically disrupting the status quo. I also found myself with many male leaders who understand that gender equality is not about driving a division between women and men, but rather about shifting the values at the heart of business and our economy.

I met great representatives of the next generation who boldly and bravely are holding us to account in important ways. One of my favorite moments happened on the street when a young boy walked up to me and asked me challenging questions about my own consumer behavior and choices. I enthusiastically engaged with this brave representative of the next generation and I encouraged him to continue to ask me and others challenging questions.

In fact, I left Davos quite hopeful that we are moving away from a decade of deep debate and division and into a decade of meaningful action. Leaders who think in terms of people and planet, and value sustainability, equality and accountability in business are growing in strength and collaborating like never before. 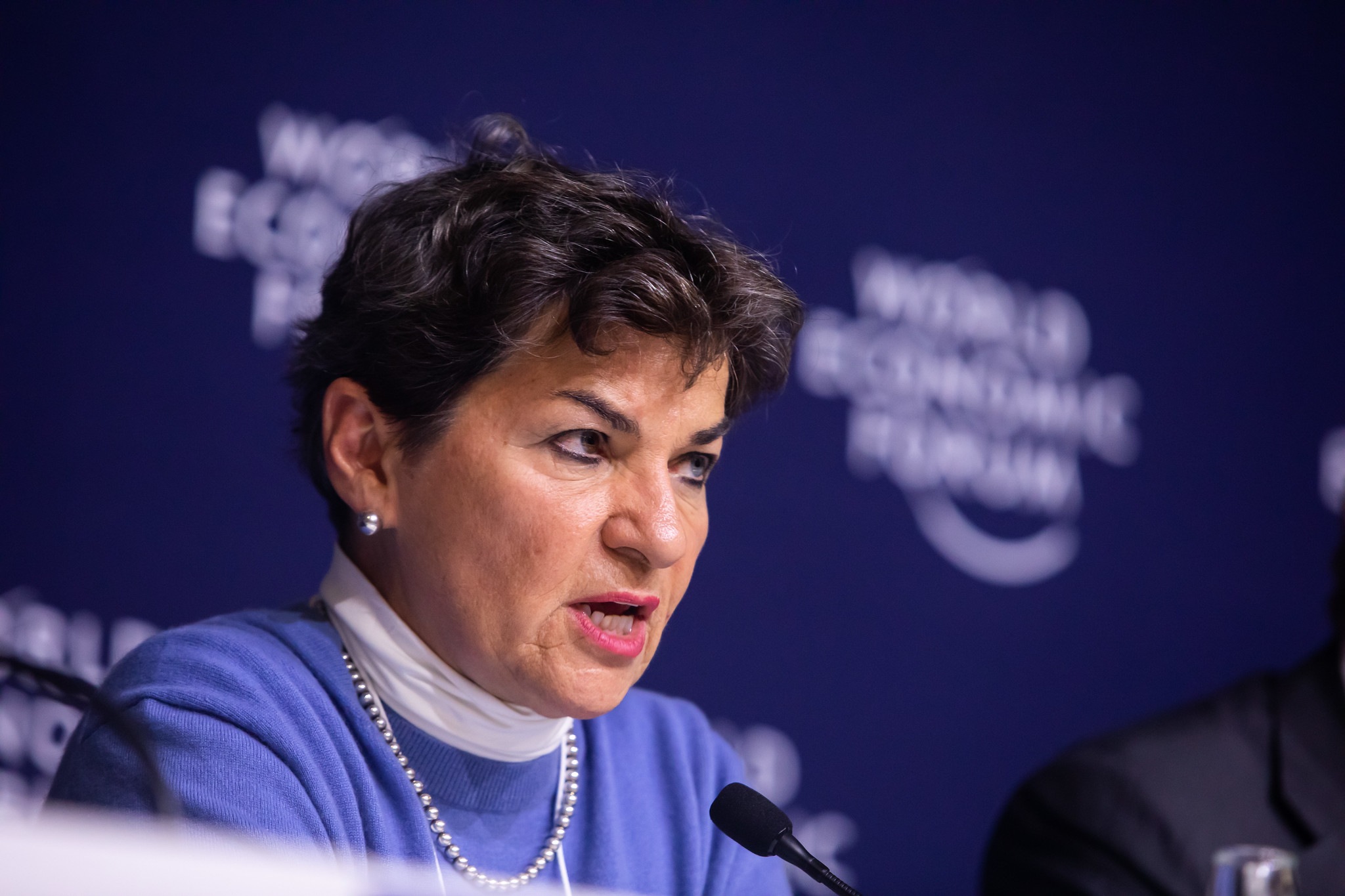 Christiana Figueres speaks on the role asset owners can play in the shift toward a net-zero economy. Photo by World Economic Forum/Ciaran McCrickard

At The B Team, we’re proud to have just welcomed Jesper Brodin, CEO of Ingka Group, as our newest Leader. Jesper’s commitment to sustainability and equality shines through everything they do at IKEA. At Davos, Jesper was even hard at work with us to bring more leaders along this pathway and the company has committed to closing gender gaps in leadership and pay by 2020.

The future we want comes down to the leadership we practice now. Our success tomorrow will be determined by how well we embrace courage and accountability today. The B Team Compass points to our vision for leadership in the 21st century. It also serves as a starting point for how we might bring this vision to life, which we hope to share more on this year.

We don’t have all the answers, but we believe in leading by brave example and sharing our experiences with others to help shift norms. As we all reflect on what we heard and what we learned in Davos 2020, let‘s also get to work. A decade of delivery toward an inclusive economy is upon us. We have no time to waste.